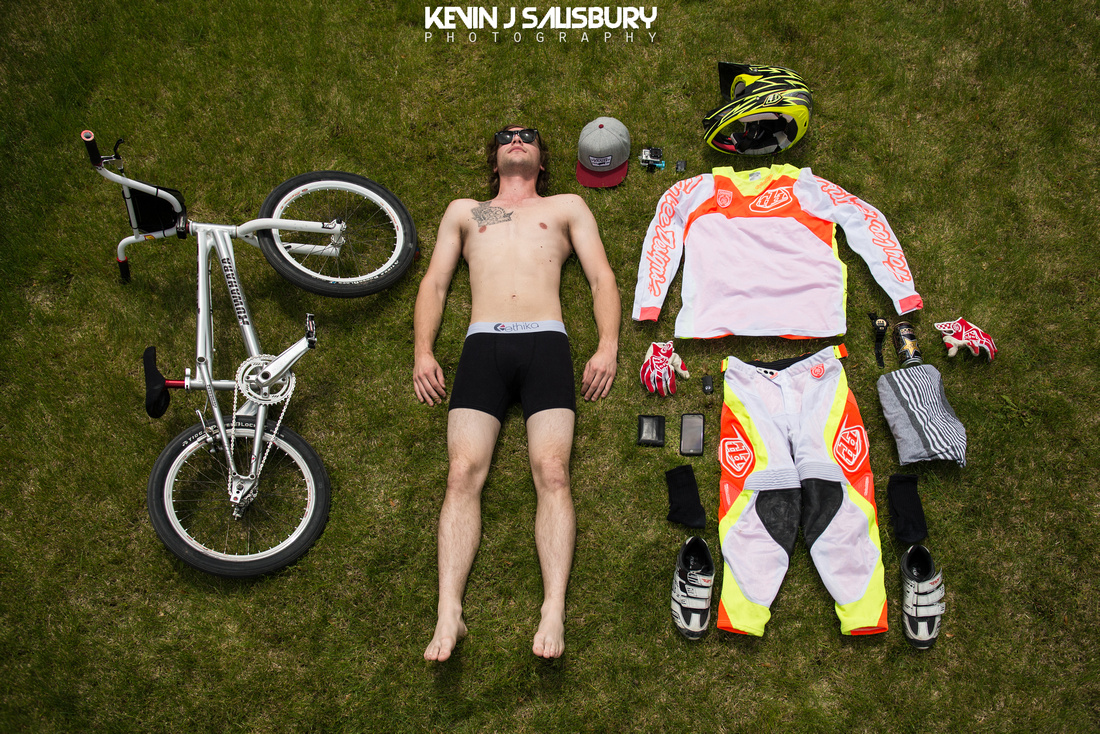 Today I invited over a talented friend who races bmx and also rides mountain bikes. He was going out to a local spot so I told him to head over to my place first. I had this idea pop in my head after seeing so many gear shots with cameras, lenses etc all neatly place on a table and shot from above. There have been many other types of shots like these also around the web. Im not going to say I'm the first but thought it would be cool to do shots like this on a bit larger scale. I had Philip bring over what he was taking out riding. He stripped down and laid out his bike, helmet, rockstar energy drink and the rest of his Troy Lee Designs gear out. I climbed up on a ladder and set up the shot. So as you can see, here is my take on the ever so popular "Gear Shot". Let me know what you think with your comments below. Maybe next time I can get the Air Force to loan me an F/22 Raptor, a fighter pilot and full payload. =)